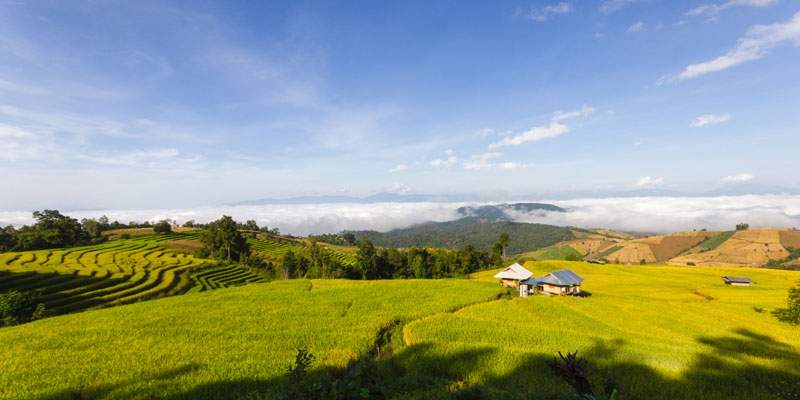 On arrival at Raxual Station upon proceed through immigration and meet our representative. After you will be transferred to Kathmandu . approx 140 km / 5hrs Driving.

On arrival report at reception and person will help you to do the check in.

Freshen up and overnight stay at Kathmandu.

This morning after breakfast you will be taken for a visit of the Hindu culture in Nepal by covering below four places,

1) Pashupatinath.  This is the place where holy saddhus pray. The Pashupatinath Temple is a famous, sacred Hindu temple dedicated to Pashupatinath and is located on the banks of the Bagmati River 5 kilometres north-east of Kathmandu Valley in the eastern city of Kathmandu the capital of Nepal. This temple is considered one of the sacred temples of Hindu faith .The temple serves as the seat of the national deity, Lord Pashupatinath. This temple complex is on UNESCO World Heritage Sites's list Since 1979. This "extensive Hindu temple precinct" is a "sprawling collection of temples, ashrams, images and inscriptions raised over the centuries along the banks of the sacred Bagmati river". We then continue to the holiest shrine for the Buddhist culture in Nepal,

2)Bouddhanath, with its large stupa, this is the place where all devout Buddhists come for a pilgrimage. After completion of these two spots, you will be taken take you for a visit to

3) Budhanilkantha statue of the Hindu god Vishnu, located approximately 10 kilometers from the center of Kathmandu at the base of the Shivapuri Hill, is the largest and most beautiful stone carving in all of Nepal. It is also the most enigmatic.Carved from a single block of black basalt stone of unknown origin, the Budhanilkantha statue is 5 meters in length and it lies in a reclining position inside a recessed tank of water (representing the cosmic sea) that is 13 meters in length. Called the Sleeping Vishnu, or Jalakshayan Narayan, the statue depicts the deity reclining on the twisting coils of the cosmic serpent Shesha (Shesha is the eternal, multi-headed king of the serpent deities known as Nagas, and also is the servant of Vishnu). Vishnu’s legs are crossed and the eleven heads of Shesha cradle his head. Vishnu’s four hands hold objects that are symbols of his divine qualities: a chakra or disc (representing the mind), a conch-shell (the four elements), a lotus flower (the moving universe) and the club (primeval knowledge). After then

4) Swayambhunath the golden spire of the 5th-century Swayambhu stupa is adorned with a colorful fluttering of prayer flags; it crowns a hill overlooking the Kathmandu Valley and offers fantastic views over the city of Kathmandu. Swayambhunath is one of the most recognizable symbols in Nepal and the painted eyes of Buddha watch all who ascend the worn stone steps.

Return and overnight at Hotel Kathmandu

After breakfast check out form hotel and Drive to Pokhara. Pokhara is 210 kms from Kathmandu and is a 7 hours drive approx. From Pokhara town (2,352 feet) in good weather there are splendid views right from the hotel. On the way you have an option of doing the river rafting or visit the Manakamna Temple “Goddess of Fulfilling Wishes” where you are taken by a cable ride of 10 mins (own cost).

1)Sarangkot. Sarangkot is the most popular tourist destination from where the tourists can enjoy the great view of the Pokhara Valley and the magnificent view of the Himalayas. Sarangkot is only 13 kms from Lake Side, Pokhara. It is the highest view point for a sunrise at an altitude of 1592mtsh. Back to the and after breakfast and relaxation

You will be take visit for below places

2)Bindebasini Temple. This is one of the oldest temples in Pokhara was a part of Kaski Kingdom, the main deity of the temple,Goddess Durga, was brought from India . Apart from the peace and tranquility that can be felt in this region, the premises of the temple offers a good view of the Himalaya on a clear day. The temple is in the area of the bazaar, hence,a journey of the old bazaar can be combined with a visit to the temple.

3) Devi’s fall, also known as Patale Chango is an awesome waterfall lying 2 km southwest of Pokhara. During summer and rainy season, the waterfall takes its real form, with gushing water splashing and making its way through the rocks. Just opposite of Devi’s fall, on the other side of the road, there

4)Gupteshwor Cave. This cave is popular for the different natural forms made from limestone deposits. Photography is strictly prohibited inside the cave.

After breakfast you will take for visit for sun set Nagarkot. Nagarkot is situated 35 kilometers, 1.5  hrs drive east of Kathmandu at an altitude of 2,175 meters. The panoramic view of the major peaks including Mt. Everest can be seen from here. This place is also famous for viewing sunrise and sunset. On the way to Nagarkot you will go for sightseeing for

1)Bhaktapur. Perhaps the least changed of all the cities in the Kathmandu Valley, with a distinct medieval feel.  Pottery and weaving are still traditional industries here. Architectural wonders abound, including the Palace of Fifty Five Windows, Golden Gate and the magnificent five-storied pagoda-style Nyatapola Temple.

2)Sanga: Shiva statue (143 feet) complex at Sanga, located 20-km east of Kathmandu, is spread in 400,000 sq feet area and houses a 16 delux room resort, spa, yoga, health club and meditation centre.It has a children’s park, physiotherapy, steam and sauna bath facilities.The statue, which is made of cement, concrete and iron is coated with zinc and copper. It depicts Lord Shiva carrying a trishul in his hand while a snake is resting on his shoulder.

Breakfast will be served at 7am, Have your breakfast

After Breakfast Drive straight to Raxual Station, which is 6 hours drive approx from Nagarkot to board train for onward journey.

Nagarkot has a reputation as the top spot for enjoying Himalayan views from the comfort of your hotel balcony. At an elevation of 2,195 meters, it is considered one of the most scenic spots in Bhaktapur District. It is known for a sunrise view of the Himalayas including Mount Everest as well as other peaks of the Himalayan range of eastern Nepal. Nagarkot also offers a panoramic view of the Kathmandu Valley.

NAME OF THE HOTEL: BANANI RESORT

Place Of Interest Of Nepal Tour Package from Kolkata

Kathmandu, the capital and largest city in Nepal, is like no other city in the world. The decaying buildings in the heart of the city are a stark contrast to the lively atmosphere that permeates the streets. The smell of incense wafts from stores while street sellers push their goods, and people go about their daily lives, all against a backdrop of historic temples and carved statues. For several hundred years, Kathmandu was one of three rival royal cities, along with Bhaktapur and Patan. Situated in close proximity to each other, today these three almost run together.

Must Visit places are:-

Set at the base of the foothills and surrounded by some of the highest mountains in the world - Dhaulagiri, Manaslu, and Annapurna I - Pokhara is one of Nepal's most scenic cities. For trekkers, Pokhara is the gateway to the Himalayas and the starting point for treks to Jomsom and the Annapurna region. It's also a wonderful spot to relax for a bit, either before or after a hiking trip. By population, it is the second largest city in Nepal after Kathmandu but still does not feel like a big city. As you travel from Kathmandu, 200 kilometers to the east, you'll notice the much cleaner air and pleasant climate almost immediately. Lake Phewa, with its cluster of lakeside hotels, restaurants, and shops, is ideal for those looking for a little relaxation.

Trekking in the Annapurna Region :-  The Annapurna Region is one of the most popular trekking regions in Nepal, with options that range from a few days to a few weeks. Three main routes in the Annapurna Region intersect and combine in places, and you can opt to do a portion or a variation on the routes. The routes are well marked and easy to follow. The Annapurna Circuit around Annapurna Mountain takes about 21 days to complete and is incredibly popular with people who have enough time. This route is sometimes called the "Apple Pie Circuit," in reference to the fact that most of the teahouses along the route serve their own version of fried apple pie. A popular hiking destination in this region, often offered in hiking packages in combination with the Annapurna Circuit, is the trek to Poon Hill (3,210 meters) near Ghorepani. Most hikers try to be on Poon Hill early to see sunrise and a stunning view of Dhaulagiri, Annapurna South, Machapuchare, and Singa Chuli.

In many regards, the Annapurna Region, north of Pokhara, is an ideal walking area. The dramatic contrasts of the Nepalese countryside are especially visible, from the subtropical vegetation of the Pokhara Valley to the dry rain shadow area, with features of the Tibetan plateau. The people and cultures are also very different: facial characteristics, food, houses, lifestyles, customs, and religion.

The Annapurna region was declared a protected area in 1986. Most importantly, it has a good infrastructure to support the many trekkers that come through this area. The paths are well maintained, and food and lodging are plentiful

At an elevation of 2,195 meters, it is considered one of the most scenic spots in Bhaktapur District. It is known for a sunrise view of the Himalayas including Mount Everest as well as other peaks of the Himalayan range of eastern Nepal. Nagarkot also offers a panoramic view of the Kathmandu Valley. Nagarkot gives you one of the widest panoramas of the Himalayan ranges - you can spot 8 out of the 13 Himalayan ranges from the comfort of your hotel. The mighty Annapurna, Manaslu, Langtang, Jugal, Everest, Numbur, Ganesh Himal and the Rolwaling ranges can be seen from Nagarkot on a clear day!An erstwhile summer retreat of Nepali, Indian and British royalty, this village rose to fame after tourists thronged the area in recent years. The idyllic village sits serenely in the midst of nature - the only sounds you can hear are the birds chirping and the breeze whistling through the pines.

DO YOU NEED MORE INFORMATION?
BOOK YOUR TRAVEL
No, thank you. I do not want.
100% secure your website.
Powered by